Ron Morehead of the famous Sierra Sounds answers your questions!!

I want to thank Ron for his time for this interview. The attempt for the new interview format is to allow participation from the forum members and to help provide insightful information from some of the people who have contributed a great deal to the BF Community. I also want to thank all for your help in the great questions you had for Ron! 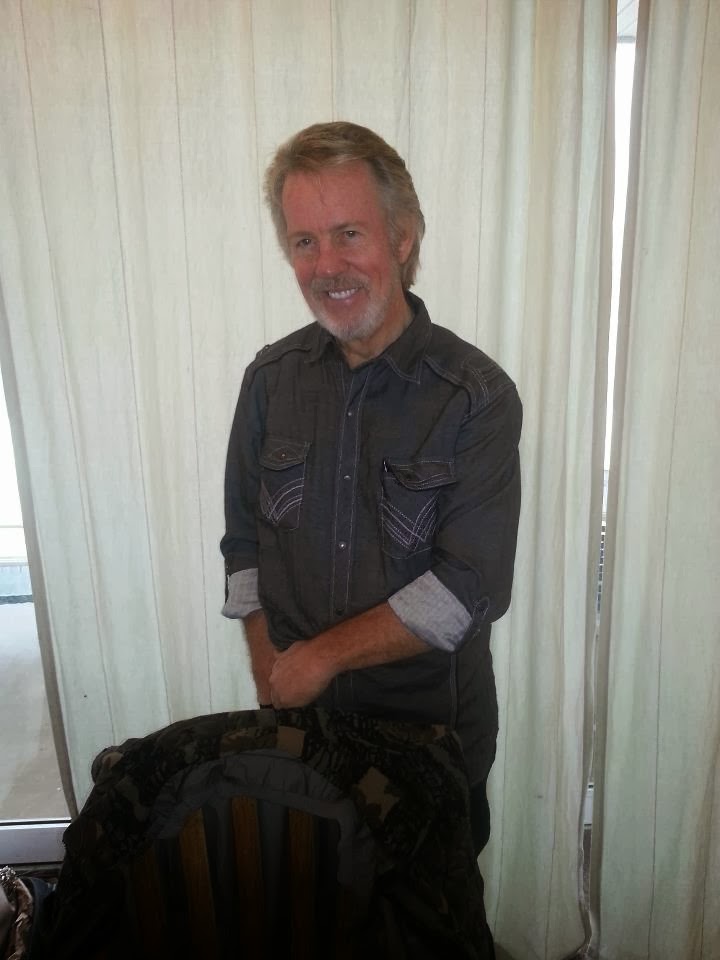 From Gigantor:
Did you see any of the subjects making the sounds?

Ron: Yes, however, you’re probably referencing the sounds Al Berry taped, which seemed very close to the mic.  His microphone was remotely placed about 40 feet up from our shelter.  We think the creature was behind one of the huge trees there.  Each time he would stick his head out of an opening, made earlier in the roof, the sounds would stop.  On that night, he saw nothing…nobody did.

I ask because the recorder must have been made very close to the subject in order to get such a clear result.

Mr Morehead, did you ever feel threatened or feel fear during these encounters?
Ron: Because of the unknown, it’s difficult to not feel a bit insecure; however, after we didn’t shoot our guns and they didn’t come crashing through the shelters’ walls, we became less fearful.  That’s when we began to look forward to the night-time and their visits.


I know he believes that Patty is a real BF.  Is there any other footage that he considers to be the real deal, based on what he has seen/heard?
Ron: I don’t consider myself a film analyzer…some very well could be, but I usually let other accredit or dismiss.  I don’t like to get involved in something when I don’t know the context of the situation or the people involved.

Do you find it frustrating in the years that have passed since the recordings that the research community has made little to no impact on the scientific acceptance of the animal you recorded?

Ron: Understanding the constraints that science works within, and how they need to stay inside that boundary of proof, I don’t have a problem with it.  They must assume it’s just another wild unidentified animal running around in the woods until evidence can show them something different.

Have you ever been approached by any type of Government authority regarding what you recorded?
Ron: NO

Do you have any idea, even if not confirmed, of how many animals there were present at the time of the recording and how/what did you personally feel their persona and/or intentions were ?

Ron: Usually we could estimate how many there were by the direction of the sounds and the interaction they were having with each other.  At first we thought the aggression must have been directed at us, but in retrospect, I think they were squabbling among themselves, probably over the food left out.

How were the recordings obtained?
Ron: Cassette Recorders, night-time conditions.
What were the circumstances surrounding the actual recording of these creatures?

Ron: During the first couple years they would only come around after we went into the shelter and closed the opening.  It wasn’t until 1974 that they became interactive with us while we were outside the shelter.  The details of these events are more thoroughly covered in the CDs and my book.
How close were the Bigfoot(s) from the recorder?
Ron: They were not that close to the recorders, but often close to the remote microphones.  I don’t know how far from the mics they may have been—different times, different distances, but often seemingly very close.  Great Apes have a way of making their sounds travel with a lot of amplitude by squeezing their air sacks with their upper arms.  This could be one of their attributes.
From Doc Holiday:
I’m sure someone has to have tried this, has playing  back the recordings out in the field consistently drawn  physical responses and /or vocal replies  that were similar or the same?
Ron: No, actually never.  We tried it a couple times at camp, but it didn’t work.  Then we thought, “What if what we previously recorded was not nice?”…we had no idea what they were saying.  I don’t encourage folks do this with these sounds.
From David NC:
There are hundreds of questions I could ask. This took place at a remote deer camp that I assume he owned and or had access to. Was this a one season thing or was there ongoing interaction/observations (I considered listening an observation of your surroundings), and if it was not how many years did he observe activity in the area?
Ron: The hunting camp is located on Federal land, about an 8-mile trek on an imposing trail in the Sierra Mountains.  The events were on-going, and the close-up sounds stopped in 1976 (began in 1971).  Since then, we’ve had occasional glimpses, a couple good sightings, but mostly the sounds are from a distance now.  The most recent event for me was in 2012 when I heard chatter from a distance, then a ‘bang’ on one of our barrels, and heard bi-pedal walking around the stove area.
Has Mr. Morehead had any other experiences with what he may think was a Sasquatch in other areas he has been?
Ron: Yes, I’ve had other incidences in other areas, but never like the ones at our Sierra camp.
From Bipedalist:
Ask Mr. Morehead if he and Scott Nelson get together and compare notes or take new recordings from other researchers with valid sound captures and give feedback and/or springboard what they may learn from them to extend their own research?
Ron: Scott and I have been to the Sierra camp together, but he’s never been able to capture more corroborative sounds.   Scott often gets inundated with folks sending him sounds of yells, grunts, or moans, but so far he has not received any sounds that have a morpheme stream (several words that make up a sentence) which would allow him to state that the source had language.  He uses our Sierra recordings as a comparison.
From See-Te-Cah NC:
This is a follow up question in regard to possible government involvement - Have the recordings been analyzed or otherwise commented upon by anyone from a government research agency, such as Yerkes, Oregon, or the California National Primate Research Centers?
If so, what were their comments/opinions? If not, why?
Ron: Government agencies do not take this subject seriously…at least not publically.  Over the years we tried many times to obtain help from qualified institutions.  Most, however, put us in the looney-tunes box and wouldn’t respond seriously.  We actually paid a few to try and give us an unbiased report.  One told us they thought they heard words being spoken and therefore discredited the recordings (but kept the money).  Another told Al Berry that the original recorder he sent to them was not the recorded that recorded the sounds…that was just wrong, but kept they money.  Another told me that they’d tell us what made the sounds in three days, guaranteed.  They wanted $5,000 up front…didn’t fall for that one.
The stories go on-and-on regarding our efforts.  Dr. Kirlin’s report gave credibility to the recordings but it was semi-quantitative.  Scott Nelson’s statement clarified the language issue, and it seems more and more folks are now reporting that they are hearing these creatures’ chatter (similar to Albert Ostman’s account of 1924).
From the parkie:
Just to add to the questions already posed by others, do Ron's observations include any clear sightings, and if so, could he describe any of them in detail please?
Ron: Larry Johnson (one of the hunters) had a fairly good sighting from just a few feet away on a moonlit night, from a small hole within the shelter’s wall.  He claimed it was over 8 feet tall, broad shoulders, and no neck.  Most of the sightings have been brief…never has one of these creatures been caught napping.  My daughter (Rhonda) has had very good sightings.  She described one as being about 7 foot tall, thin but with broad shoulders, and turned with its head and body together—no neck.   The one I got a glimpse of was the night I recorded them while Bill McDowell and I were by our stove.  It was moving so fast I could not make out any details.
Is there any reason he has not been able to subsequently record sounds of the same quality since the original recordings?
Ron: Although I usually take a recorder with me, sometimes I don’t.  It’s not important for me to obtain more vocalizations.  My goal is to understand them better, and it seems they are very tuned-in to exploitation.  Although they have humanistic attributes, they seem to be able to stealthily out maneuver us.  They are not altogether human.  I believe they are a hybrid with attributes we don’t understand yet.

From Bonehead 74 --- 2 part question related to statement
If anyone is interested in reading a more detailed account of the Sierra Sounds incidents, you should get a copy of Bigfoot by Alan Berry and B. Ann Slate. The first third of the book relates the circumstances surrounding the recordings.
Ron: Also, “Voices in the Wilderness,” is my book which I recently released that includes a CD sound track.
My questions for Mr Morehead are:
How closely does the above-mentioned book relate the facts of the incidents as he knows them?
Ron: It’s good and tells the story from Al Berry’s perspective.  Al was diligently looking to uncover a hoax…he never could.
Does Mr Morehead consider bigfoot to be just another animal like bear, deer, apes, and even humans, or does he believe there is something "more" to them?
Ron: I believe there is much more to them, and suggest reading my articles at www.bigfootsounds.com
From BobbyO  (slightly rephrased by KB)

Regarding the 911 call you discuss on your blog from the early 1990’s, what more can you tell us about that and what did you learn?
Ron: If a dog irritates, or begins to chase, one of these creatures, it will probably not return…at least not alive.  This man’s German Shepard was tossed 35 feet, over a fence, after it was ‘thumped’ on the ground (probably dead then).  My suggestion is to not take dogs on expeditions.  I don’t think these creatures really want to kill your dog, but they will if irritated.

Again, a big thanks to Ron Morehead and all that contributed! That is the end of the first interview!
KB